The origin of Daito-Ryu Aiki Jujutsu dates back nine hundred years to the Emperor Seiwa (reigned A.D 858 – 876) and his grandson, Shinra Saburo Minamoto No Yoshimitsu. Yoshimitsu is considered the founder of the tradition.

His family settled in the village of Takeda in Koma/Kai. (Now in Yamanashi Prefecture). There, the art passed through the Takeda clan including the famous warrior Shingen Takeda. His descendant, Kunitsugu Takeda, relocated to the Aizu district, in Fukushima and the art was passed down through the Aizu Takeda family as “Aizu Han O-Tome Waza.” It was also developed into an art instructed to high ranking persons for use as secret techniques for indoor use known as “O-Shiki Uchi” (the palace art).

​Sokaku Takedareceived permission in 1898 to teach the art openly from the chief steward of the clan, Tanomo Saigo (1830 – 1905) with the words: “the time of the sword is over.”
From this point onward, Sokaku, who had until then practiced the sword arts, began to perfect the arts of "Jujutsu" (unarmed combat). Sokaku is considered the "Chuko no So" (the founder of a renaissance) of the art. Sokaku then embarked on a “Musha Shugyo” (a warrior’s pilgrimage), in which a practitioner of "Bujutsu" (a compound of the roots bu (武), and jutsu (術:じゅつ), meaning technique) travels from place to place to hone and perfect their skills through contests and the hardships of travel. This pilgrimage was to last the rest of his life.

In 1910, Sokaku went to Hokkaido, the northernmost island of Japan with Takarabe Sanehide, who was the chief of the Hokkaido police.  In Hokkaido, Sokaku stayed at the inn of Taiso Horikawa (the father of Kodo Horikawa), in Yubetsu. From this base, he traveled to many places to teach Daito-Ryu.

Kodo Horikawa was among his students who also included: Taiso Horikawa, , Morihei Ueshiba (the founder of Aikido) Yukiyoshi Sagawa, Toshimi Matsuda, Takuma Hisa and Ryuho Okuyama (founder of Hakko-Ryu Jujutsu).  Takeda had many students, but the one who spent the longest time with him, and who learned the most techniques was Kodo Horikawa

Shihan Hiroo Iida was a direct student of Kodo Horikawa and his successor, Yusuke Inoue, for a total of thirty years and received the rank of Shihan (master instructor) in the Ryu, he is one of a hand full of Shihan’s that trained directly under Kodo Horikawa, still alive today.  In 2001, he set up a new Ryu-Ha, the Muden Juku and it is his teaching that we emphasize today here in New Jersey at the Daito-ryu Aiki Jujutsu Muden Juku New Jersey. 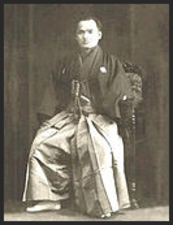 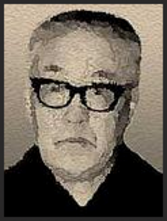 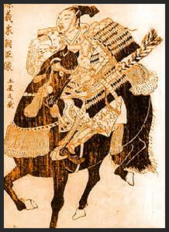 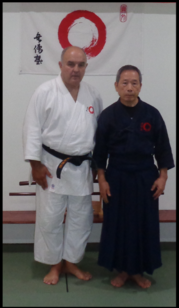 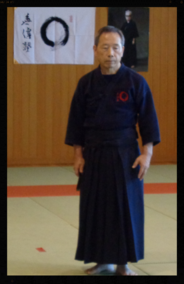